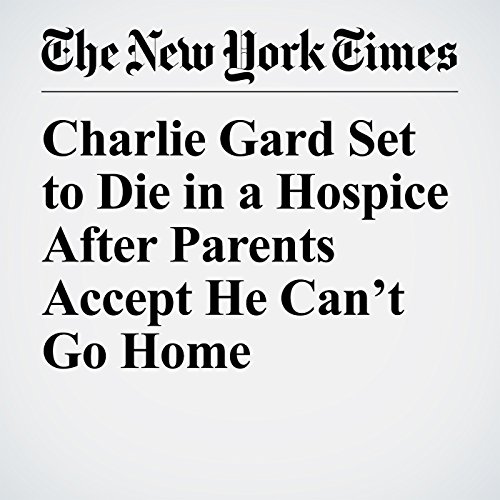 Charlie Gard, the chronically ill British infant whose condition has spurred widespread debate about end-of-life care and parents’ rights, will spend his last days in a hospice after his parents accepted that their desire for him to go home was not possible.

"Charlie Gard Set to Die in a Hospice After Parents Accept He Can’t Go Home" is from the July 27, 2017 World section of The New York Times. It was written by Dan Bilefsky and narrated by Kristi Burns.