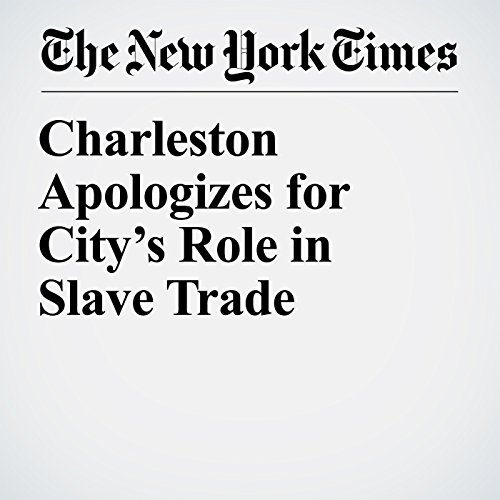 Charleston, the South Carolina port city where about 40 percent of enslaved Africans landed in North America after being taken from their homelands, has become the latest city to apologize for its role in the slave trade.

"Charleston Apologizes for City’s Role in Slave Trade" is from the June 20, 2018 U.S. section of The New York Times. It was written by Melissa Gomez and narrated by Keith Sellon-Wright.