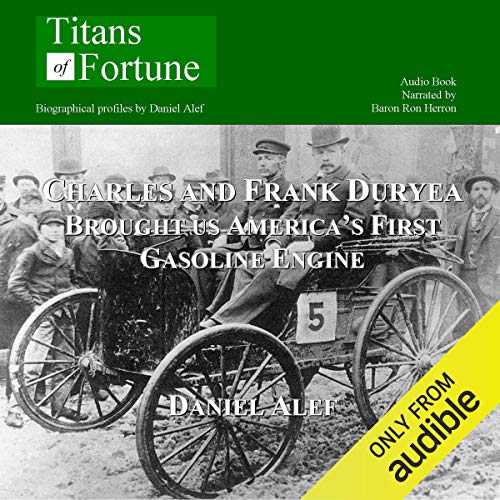 In essence Charles and Frank were the incubators of one of America's greatest industries - automobiles. However, their success was marred by disputes and tainted with failures. The Duryeas could not agree which one of them was entitled to the most recognition for their discoveries or achievements. Although they were competent engineers, with vision and determination, they were unable to adapt their vision to public taste, placing the engine in the rear and retaining a tiller for steering and speed. Award-winning author and syndicated columnist Daniel Alef tells their fascinating story of ups, downs and achievements.