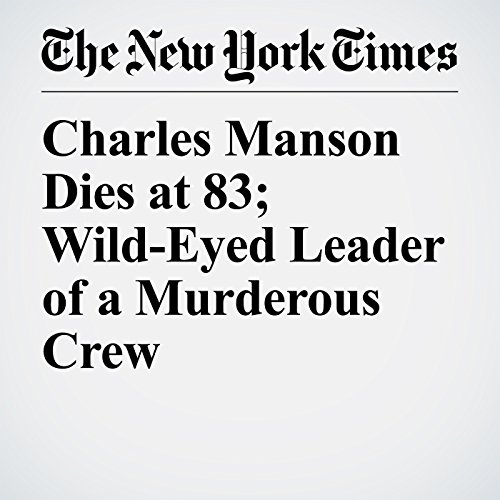 Charles Manson, one of the most notorious murderers of the 20th century, who was very likely the most culturally persistent and perhaps also the most inscrutable, died on Sunday in Kern County, California. He was 83 and had been behind bars for most of his life.

"Charles Manson Dies at 83; Wild-Eyed Leader of a Murderous Crew" is from the November 20, 2017 U.S. section of The New York Times. It was written by Margalit Fox and narrated by Keith Sellon-Wright.