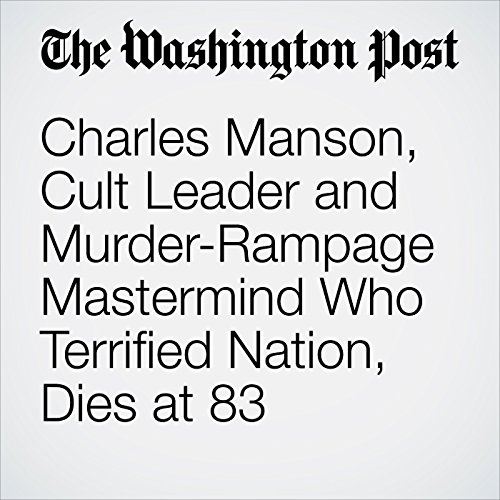 Charles Manson, a fiery-eyed cult master whose lemming-like followers staged a bloody two-night murder rampage in Los Angeles in 1969 that gripped the city with fear and shocked the nation, died Nov. 19 at a hospital in Kern County, Calif. He was 83.

"Charles Manson, Cult Leader and Murder-Rampage Mastermind Who Terrified Nation, Dies at 83" is from the November 20, 2017 Obituaries section of The Washington Post. It was written by Paul Valentine and narrated by Sam Scholl.