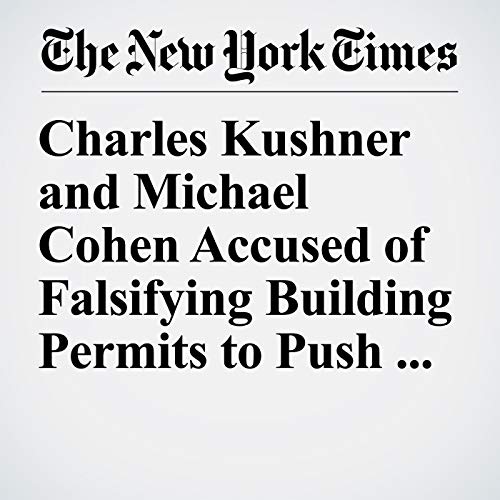 Charles Kushner, the developer whose son Jared Kushner is a senior adviser to President Donald Trump, and Michael Cohen, the president’s former personal lawyer, face scrutiny in New York for claims that they falsified construction permits in an attempt to remove rent-regulated tenants from buildings scattered across the city.

"Charles Kushner and Michael Cohen Accused of Falsifying Building Permits to Push Out Tenants" is from the August 27, 2018 U.S. section of The New York Times. It was written by Charles V. Bagli and narrated by Kristi Burns.