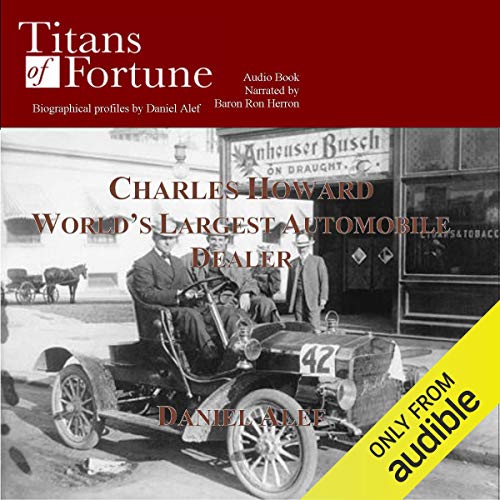 Here's a biographical profile of Charles Howard, who built the world's largest automobile dealer network. Howard owned the famous thoroughbred Seabiscuit, and the story of the scrappy horse is fascinating; but Howard's rise to power and wealth is just as captivating. Howard gained the Buick franchise for San Francisco in 1904 but couldn't sell the three cars.

Then the Great Earthquake of 1906 struck and changed San Francisco and Howard's fortunes forever. As fire spread across the city, horses bolted in panic. Firemen were unable to get to the fire, the injured unable to escape it. Howard leaped into the void with his three Buicks, carting the injured to temporary hospitals, bringing explosives to the front lines, above all proving the utility of the automobile.

By the 1920s the San Francisco Chronicle hailed him as "the world's greatest auto distributor". Howard's story is much like that of Seabiscuit. Both became great champions.