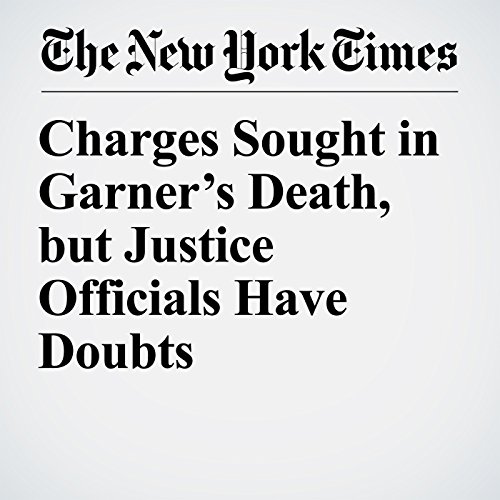 Federal civil rights prosecutors have recommended charges against a New York police officer in the 2014 death of Eric Garner, three current and former officials said, but top Justice Department officials have expressed strong reservations about whether to move forward with a case they say may not be winnable.

"Charges Sought in Garner’s Death, but Justice Officials Have Doubts" is from the April 20, 2018 U.S. section of The New York Times. It was written by Matt Apuzzo and narrated by Mike DelGaudio.