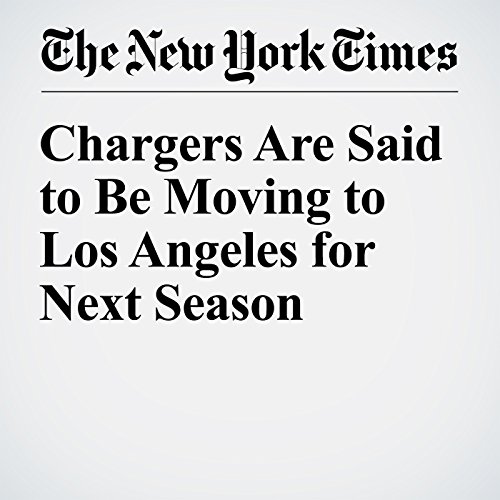 The Chargers, who began play in Los Angeles in 1960 as part of the old American Football League, are expected to share a $2.6 billion stadium being built by the Rams in Inglewood, about 10 miles from downtown.

"Chargers Are Said to Be Moving to Los Angeles for Next Season" is from the January 12, 2017 Sports section of The New York Times. It was written by Ken Belson and narrated by Keith Sellon-Wright.