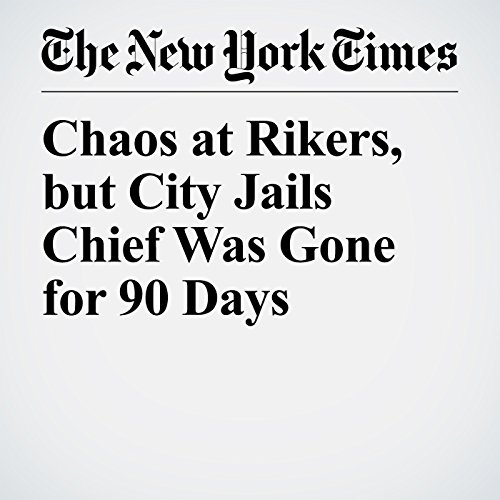 Joseph Ponte, the correction commissioner brought to New York to overhaul the city’s troubled jail system, has been reprimanded in a Department of Investigation report that found he had spent 90 days outside the city last year, even as violence at Rikers Island was spiraling out of control.

"Chaos at Rikers, but City Jails Chief Was Gone for 90 Days" is from the April 28, 2017 U.S. section of The New York Times. It was written by William K. Rashbaum and Michael Schwirtz and narrated by Barbara Benjamin-Creel.