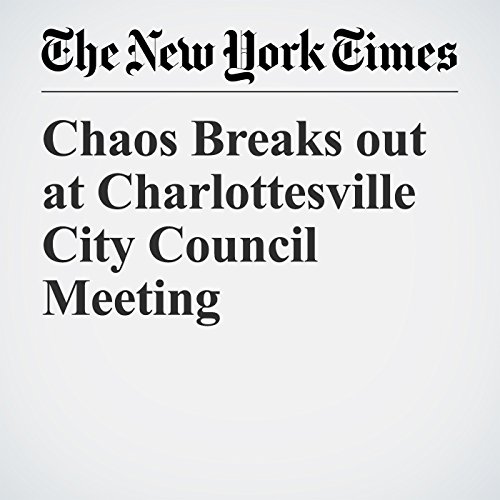 They shouted down the mayor and City Council members, took over the council chambers for about a half-hour, and gave more than four hours of impassioned testimony about how city officials had botched the response to the deadly white supremacist rally here this month.

"Chaos Breaks out at Charlottesville City Council Meeting" is from the August 22, 2017 U.S. section of The New York Times. It was written by Frances Robles and narrated by Kristi Burns.