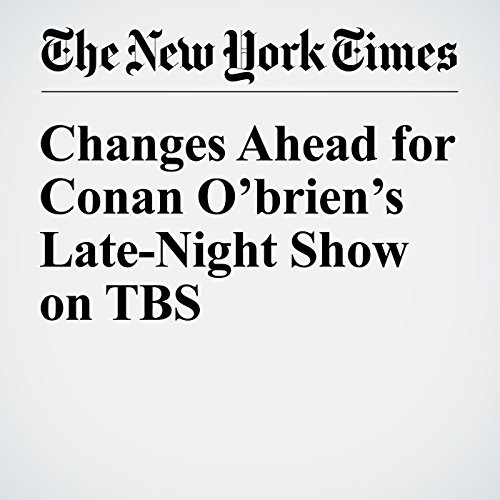 Turner Entertainment’s chief creative officer, Kevin Reilly, said Thursday that O’Brien’s nightly talk show, “Conan,” which he has hosted on TBS since 2010, would most likely undergo changes at some point in the future. He said no decision had been reached on how frequently the TBS show would run but he stressed that O’Brien would be an active part of any conversation about changes.

"Changes Ahead for Conan O’brien’s Late-Night Show on TBS" is from the January 05, 2017 Business section of The New York Times. It was written by John Koblin and narrated by Kristi Burns.