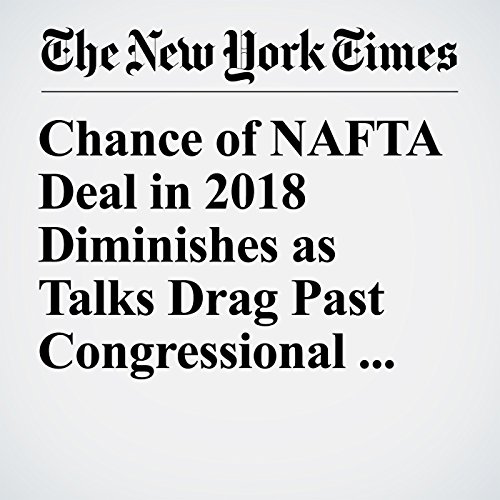 The prospect of rewriting the North American Free Trade Agreement this year appeared to diminish significantly Thursday, as a deadline set by congressional Republicans passed and the lead U.S. trade negotiator, Robert Lighthizer, said the countries involved were “nowhere near close to a deal.”

"Chance of NAFTA Deal in 2018 Diminishes as Talks Drag Past Congressional Deadline" is from the May 17, 2018 World section of The New York Times. It was written by Ana Swanson and Elisabeth Malkin and narrated by Barbara Benjamin-Creel.