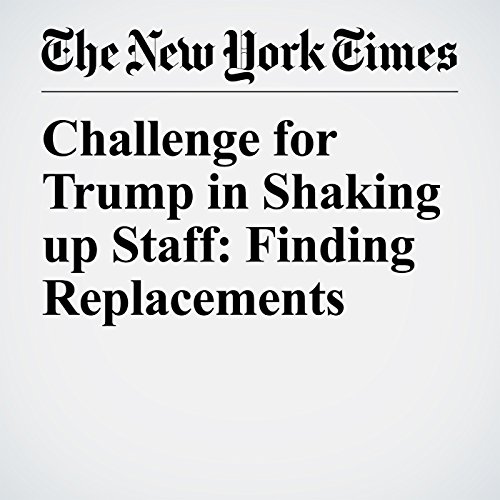 Challenge for Trump in Shaking up Staff: Finding Replacements

Back from overseas and confronting an unforgiving political environment, President Donald Trump appears increasingly isolated inside the White House, according to advisers, venting frustration over the performance of his staff and openly talking about shaking it up. But as he considers casting off old aides, Trump is finding it challenging to recruit new ones.

"Challenge for Trump in Shaking up Staff: Finding Replacements" is from the May 31, 2017 U.S. section of The New York Times. It was written by Peter Baker and Maggie Haberman and narrated by Fleet Cooper.