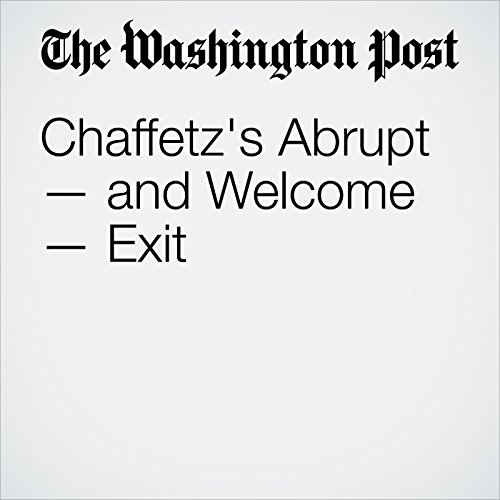 NO SOONER had Rep. Jason Chaffetz (R-Utah) announced that he wouldn’t seek reelection in 2018 than he also allowed he likely wouldn’t serve out his current term.

"Chaffetz's Abrupt — and Welcome — Exit" is from the April 23, 2017 Opinions section of The Washington Post. It was written by Editorial Board and narrated by Sam Scholl.