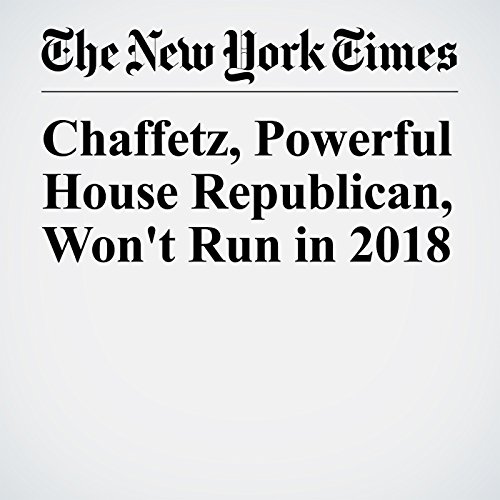 ep. Jason Chaffetz, the powerful chairman of the House Oversight Committee, told supporters on Wednesday that he would not seek re-election to Congress — or for any office — in 2018.

"Chaffetz, Powerful House Republican, Won't Run in 2018" is from the April 19, 2017 U.S. section of The New York Times. It was written by Emmarie Huetteman and Matt Flegenheimer and narrated by Kristi Burns.