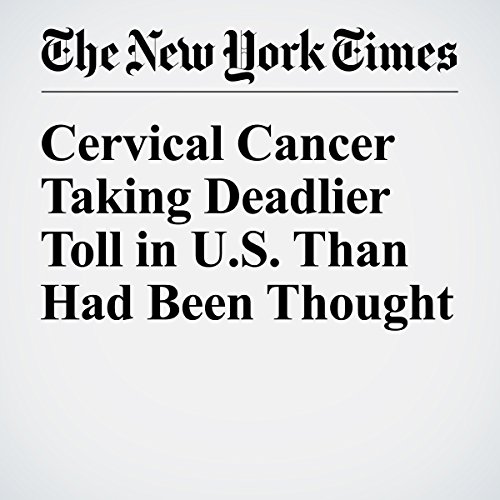 The death rate from cervical cancer in the United States is considerably higher than previously estimated and the disparity in death rates between black women and white women is significantly wider, according to a study published Monday in the journal Cancer.

"Cervical Cancer Taking Deadlier Toll in U.S. Than Had Been Thought" is from the January 23, 2017 Science section of The New York Times. It was written by Jan Hoffman and narrated by Caroline Miller.