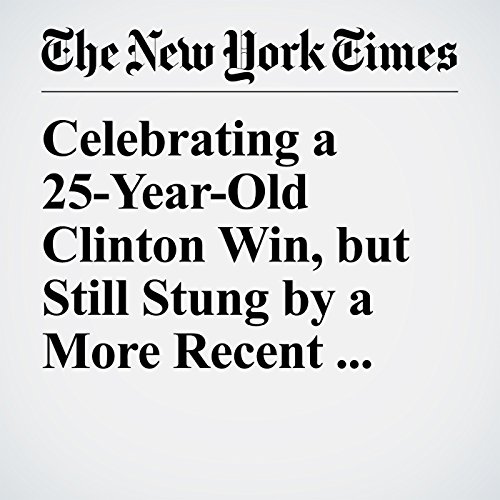 It was billed as a celebration of the 25th anniversary of the Clintons’ ascension to the White House, held in some of the same haunts of the Arkansas capital where it all began.

"Celebrating a 25-Year-Old Clinton Win, but Still Stung by a More Recent Defeat" is from the November 19, 2017 U.S. section of The New York Times. It was written by Jonathan Martin and narrated by Keith Sellon-Wright.