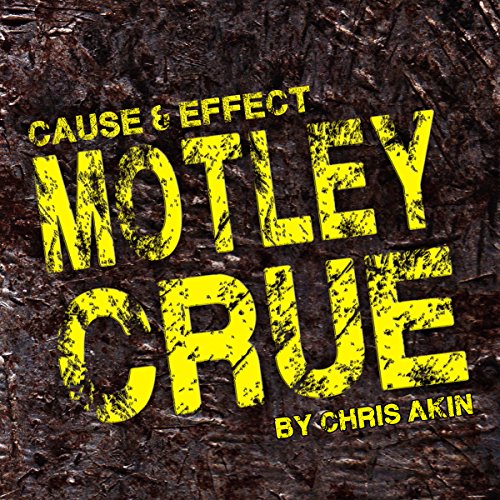 Chris Akin, rock critic and cohost of the often controversial Classic Metal Show, takes listeners on an exploration of Motley Crue's 1994 self-titled album. Armed with new vocalist John Corabi, it was a sound that, from start to finish, sounded nothing at all like anything they had done previously.

Immediately, it was polarizing. Most of the fan base absolutely hated it. They didn't buy it and further didn't support the band to the point where the label themselves made the decision to stop pushing money into it. That said, though, many fans felt completely different, Akin among them. He takes a look back at both his personal experiences as well as the perception of this polarizing release on the world. This audiobook also includes nearly an hour of bonus audio extras.

This guy is on crack or something. Girls Girls Girls Mötley Crüe’s worst album come on man. Making fun of Nikki Sixx for writing The heroine diaries. That book has saved lives.

Here is what you are buying - the dude from that classic metal show reminisces about when he bought the S/T Motley Crue album, what he was going through at the time and what was happening at the time in the music world. Nothing new here. He then does a track by track opinion piece that includes Quaternary. Then, because that whole thing takes about an hour or so, he adds a podcast and a John Corabi interview to the end.

Is this a book? No. Is this a worthwhile way to spend time? If you are fan of the record and want something light to listen to, yes. Absolutely. Just be prepared for what it is. And, it is only $3 so WTF.

I am fan of this record. Big time. So, I enjoyed this podcast very much. Just glad to have company as I know that most people are completely unaware that this exists in the Motley Crue catalog.

this album changed my life

Good book, rambled here and there but seemed very factual as far as the band goes. I could have done without the graphic description of cremating animals. If you enjoyed the album, this book is for you.

This album changed my life. It changed the way I played my drums. It is one of the most prized disks in my collection.

Sadly this is not an audio book as it says. Instead this title turns out to be an interview including lots of the interviewers comments. While the content was done well i found it complete miss leading and it was a complete waist of my money. I will be getting rid of it and i will insure that i find the reel audio book about the band as i like them a lot. Hopefully this sort of thing will end up in the right place in future.