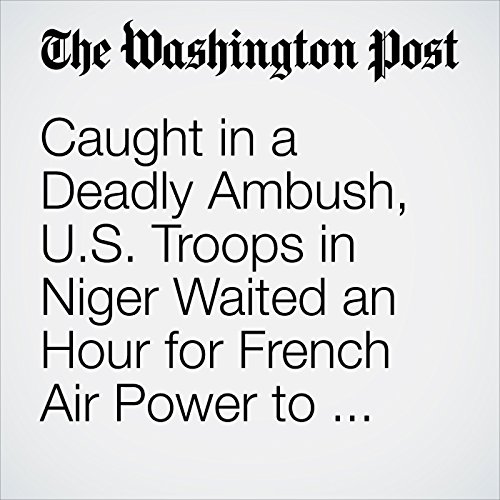 The U.S. Special Forces team caught in a deadly ambush three weeks ago in Niger did not request help from nearby French forces for about an hour after the firefight began near a village the Americans had visited during a reconnaissance mission several hours prior, the Pentagon’s top general said Monday.

"Caught in a Deadly Ambush, U.S. Troops in Niger Waited an Hour for French Air Power to Arrive" is from the October 23, 2017 World section of The Washington Post. It was written by Dan Lamothe and narrated by Sam Scholl.