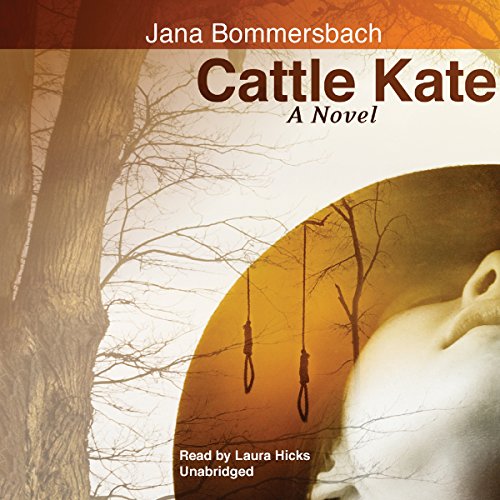 Cattle Kate is the only woman ever lynched as a cattle rustler. History called it "range-land justice" when she was strung up in Wyoming Territory on July 20, 1889, tarring her as a dirty thief and a filthy whore.

But history was wrong. It was all a lie.

Her real name was Ella Watson. She wasn't a rustler. She wasn't a whore. And she'd never been called Cattle Kate until she was dead and they needed an excuse. She was really a 29-year-old immigrant homesteader, lynched along with her husband by her rich and powerful cattle-baron neighbors, who wanted her land and its precious water rights. Some people knew the truth from the start. Their voices were drowned out by the all-powerful Wyoming Stock Growers Association. And those who dared speak out - including the eyewitnesses to the hangings - either disappeared or mysteriously died. There was no one left to testify against the vigilantes when the case eventually came to trial. Her six killers walked away scot-free. But the legend was stronger than the truth. For over a century, newspapers, magazines, books, and movies spread her ugly legacy.

Now, on the 125th anniversary of her murder, the real Ella comes alive in Cattle Kate to tell her heartbreaking story. Jana Bommersbach's debut novel bares a legend central to the western experience.

I have lived in Wyoming for the last 15 years. I really enjoy reading about local history. This is an amazing story and timeline describing what actually happened. I look forward to visiting the marker that is by pathfinder reservoir.