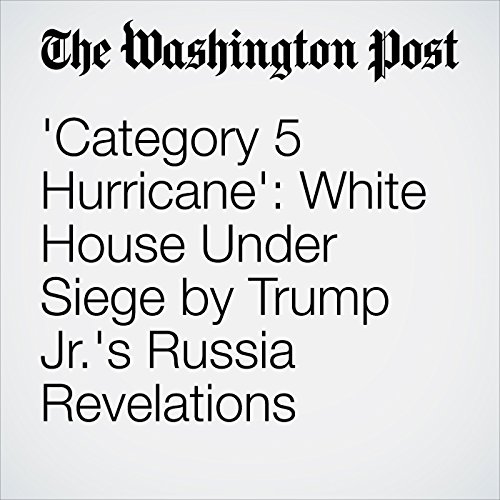 The White House has been thrust into chaos after days of ever-worsening revelations about a meeting between Donald Trump Jr. and a lawyer characterized as representing the Russian government, as the president fumes against his enemies and senior aides circle one another with suspicion, according to top White House officials and outside advisers.

"'Category 5 Hurricane': White House Under Siege by Trump Jr.'s Russia Revelations" is from the July 12, 2017 Politics section of The Washington Post. It was written by Philip Rucker and Ashley Parker and narrated by Sam Scholl.