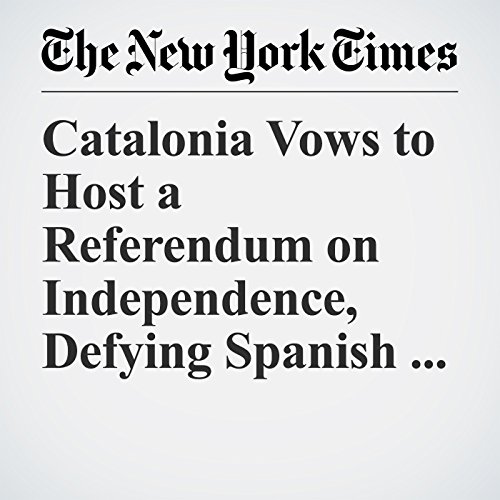 The accelerating battle over Catalonia’s status hit warp speed this week. Catalan lawmakers voted to go ahead with an Oct. 1 referendum on separating from Spain. Spain’s constitutional court declared the vote suspended. And Catalan politicians said they would proceed anyway.

"Catalonia Vows to Host a Referendum on Independence, Defying Spanish Courts" is from the September 08, 2017 World section of The New York Times. It was written by Raphael Minder and narrated by Kristi Burns.