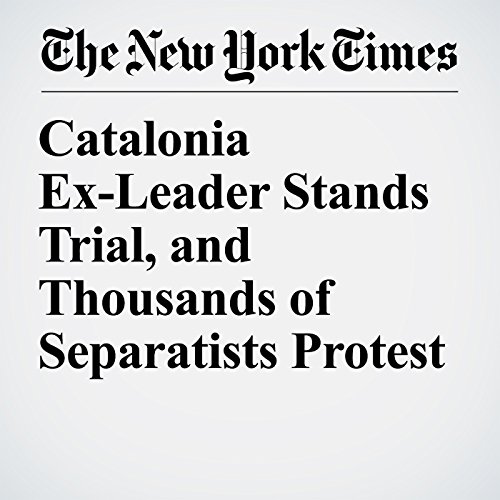 The trial of a former leader of Catalonia charged with civil disobedience for organizing an independence vote in 2014 began Monday and was met with another act of defiance from the region’s secessionist movement.

"Catalonia Ex-Leader Stands Trial, and Thousands of Separatists Protest" is from the February 06, 2017 World section of The New York Times. It was written by Raphael Minder and narrated by Keith Sellon-Wright.