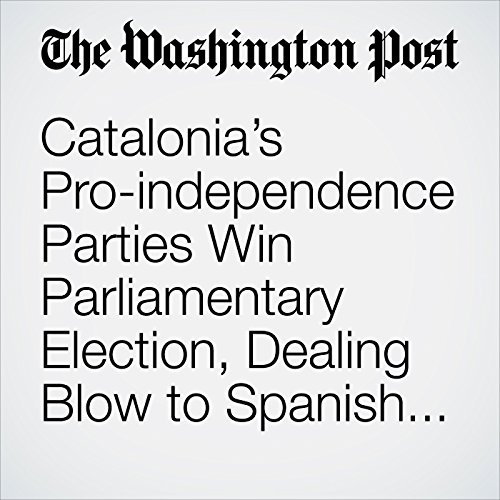 The three pro-independence parties in Catalonia won a majority of seats in a parliamentary election in the restive region Thursday, setting the stage for another fraught showdown with the central government in Madrid.

"Catalonia’s Pro-independence Parties Win Parliamentary Election, Dealing Blow to Spanish Government" is from the December 21, 2017 World section of The Washington Post. It was written by William Booth and Pamela Rolfe and narrated by Jenny Hoops.