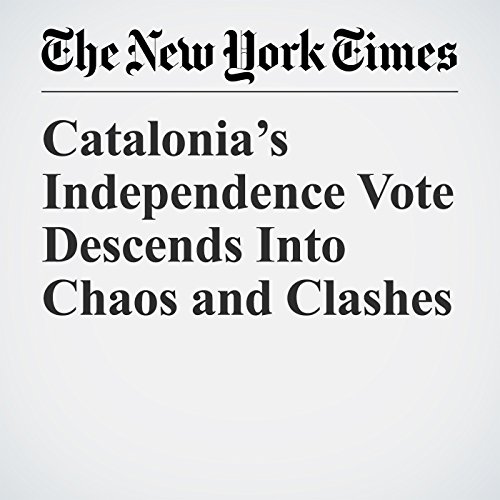 Catalonia’s defiant attempt to stage an independence referendum descended into chaos Sunday, with hundreds injured in clashes with police in one of the gravest tests of Spain’s democracy since the end of the Franco dictatorship in the 1970s.

"Catalonia’s Independence Vote Descends Into Chaos and Clashes" is from the October 01, 2017 World section of The New York Times. It was written by Raphael Minder and Ellen Barry and narrated by Kristi Burns.