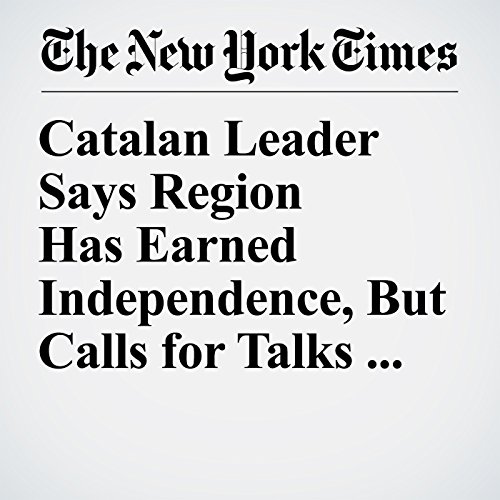 The leader of Catalonia, Carles Puigdemont, said Tuesday evening that his region had earned the right to independence from Spain, but he immediately suspended the process to allow for talks with the central government in Madrid.

"Catalan Leader Says Region Has Earned Independence, But Calls for Talks With Madrid" is from the October 10, 2017 World section of The New York Times. It was written by Raphael Minder and Patrick Kingsley and narrated by Keith Sellon-Wright.