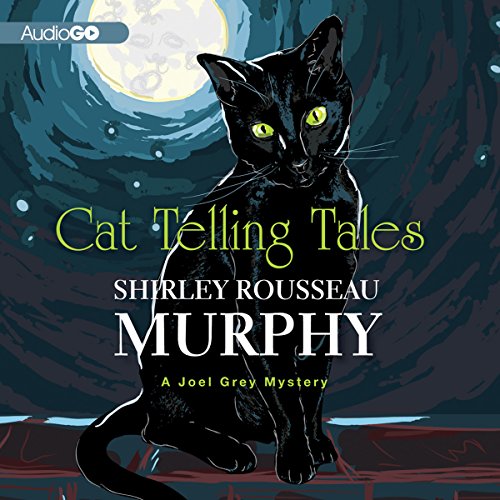 Even the bright seaside village of Molena Point has been hit hard by the economic downturn. Sadly, former residents haven’t just left their homes; they’ve abandoned their pets, too. Luckily, Joe Grey’s human friends have joined together to care for the animals. But just as one problem is solved more arise. A suspicious fire leaves a twelve-year-old boy homeless when the body of his alcoholic elderly guardian is discovered in the smoldering ruins. Then, a woman with two children appears on the Damen doorstep, claiming to have no money and nowhere else to go. The experienced Joe Grey smells a rat, and will work his paws off to prove it. Scratching out clues, he and his P.I. posse follow a trail that lead to a scam involving a group of shady real estate agents. When a realtor goes missing, Joe suspects the mysteries are connected. And just when the Damen household is filled to capacity, another stray arrives with answers… and the possibility of true love for the adventurous tortoiseshell Kit.

A delightful narrator and a good story

Would you listen to Cat Telling Tales again? Why?

I have already listened to this audio book twice! Why? It is a fun read and a delight for any Joe Grey fan. I am baffled why there are note more of this popular series on audiobook they would be my go to choice for a light, cat loving read.

The listener becomes absorbed in the lives and events of the cat characters who are all portrayed with affection and wit. The sub-story about Pan and Misto will move any cat lover and have them cheering at the end. A favourite? It would be mean to pick one out - the humans and Molena Point are a delight and the cats make me laugh and sometimes hold my breath!

What does Susan Boyce bring to the story that you wouldn’t experience if you just read the book?

It is, sometimes, simply nice to be read to, and by a voice of Susan Boyce's quality with its gentle characterisation and relaxed manner.

PLEASE commission Susan Boyce to read the whole series - there is a huge gap in the Joe Grey lover's library that Auduble needs to fill!

Narrator, not so good

The narration is choppy making a difficult listen. However the story is quirky and fun and would have been rated much higher with a better narrator. It's good to see that future books have another narrator. Thanks

One of the best Cat Mysteries Ever

Would you listen to Cat Telling Tales again? Why?

I will listen to this again for sure. I love the series and Susan Boyce did a fantastic job bringing the characters to life.

I especially like Kit as she has a special wonder about the world around her. All the cats are wonderful characters with individual personalities.

She captures the personalities of the cats and the people so that it all becomes very believable. The focus is on the mystery, not on the fact that the cats are talking to each other and to their human friends.

I have read and love all the Shirley Rousseau Murphy Joe Grey books. I was disappointed with the narrator of the two previous audiobooks and only tried this one because the sample sounded so much better. (The other narrator was just not right for these books, in my opinion). I hope that they continue making these audio versions and that Ms. Boyce does the narrating. If you listened to the others and didn't want to try again, I suggest that this one is worth a credit. Great story to read and a great story to listen to.

Wow! This series just keeps getting better! The economic downturn has hit Molena Point (based on Carmel, California, a unique and wonderful little town), and Clyde and Ryan are snapping up abandoned homes for a song . . . renovating them and turning them over for a profit. But in the meanwhile, many abandoned pets are on their own. But the residents of Molena Point are coming to their rescue. Joe Grey, Dulcie and Kit are ever on the job, sleuthing . . . when they come upon a terrible scene . . . a burned out home, with an elderly woman dead. And her young grandson, Billy, is now homeless. Police Chief, Max Harper soon finds out that Hesmerra, Billy’s grandma, didn’t die from the fire. Billy, worried about the stray cats that he and his grandmother cared for, wants nothing to do with foster care . . . nor his aunt, Debbie Kraft, who had two daughters of her own. Joe Grey, Dulcie and Kit are on the job searching for the culprit in the murder of Hesmerra, while also trying to figure out how Debbie Kraft, recently come to town fits into the picture. Great narration, excellent storyline. Like a fairytale for adults . . . with no disagreeable sex scenes and only light cursing, no f bombs or using the Lord’s name in vain. Love this series!

This is the 17th Joe Grey mystery, and Shirley Rousseau Murphy has created an anthropomorphic tale taking place in Molena Point, California which is home to a colony of sentient cats as well as Joe Grey, Dulcie, and Kit. Unfortunately, Molena Point did not escape the effects of the Great Recession. Some families who could no longer pay their mortgages disappeared in the middle of the night, leaving their pets behind to fend for themselves. Most pets do not remember the instincts needed to hunt and capture food so they rely on the kindness of strangers. Local veterinarian John Firetti leaves food every day for the colony secretly hoping to find one of the special cats. Volunteers join him in helping with the many additional stray cats that find the colony or are lost throughout town.

One Sunday morning Joe Grey smells bacon and kippurs cooking. Joe’s human companions, Ryan and Clyde Damen, scan the morning newspapers for houses for sale. Someone is snapping them up before they hit the paper. They wonder if these houses are investments for out-of-towners or perhaps are part of a flipper’s scheme. They know Police Chief Max Harper is diligently patrolling the area since they shut down a meth lab set up in one of the empty houses.

Ryan receives a letter from Debbie Kraft, an old schoolmate, pleading for a place to stay. Debbie and her two children have been evicted from their apartment out of state on which her ex-husband stopped paying. Now they have no place to go and hope Ryan will take them in. Debbie’s alcoholic mother lives in Molena Point along with her orphaned nephew, Billy Young, as well as her ex-husband, head of Kraft Realty, and her sister who lives in luxury married to another partner in Kraft Realty. Joe Grey cannot understand why none of them help Debbie.

To Joe’s disbelief, Debbie and her daughters arrive at the Damens’ home late one evening. Ryan and Clyde resist her attempts to move in but eventually give in. Joe snoops among their piles of luggage and finds wads of cash. Debbie has a hidden agenda. Ryan boots them out the next morning, kicking and screaming, to live in one of their empty homes that needs cleaning in exchange for free board. Debbie does wonder where her ex-husband has disappeared to and where his real estate partner is since she continues to send e-mails but is never seen. Joe discovers that the Krafts once owned a cat that they kicked out, not caring if it found a home. Joe believes that cat is the son of the sentient yellow tomcat Misto who has returned to Molena Point.

Days later Joe awakens in his rooftop aerie to see fire burning near Max and Charlie Harper’s ranch so dials 911. Word spreads, and they all race to the Harper ranch only to discover it untouched. However, an old worker’s shack across from the Harpers did burn, leaving a charred body still in bed. Billy Young has frantically peddled his bike up the hill to see his burning home when he notices the coroner’s gurney. Max gently breaks the news of his grandmother Hesmerra’s death. Harper insists that Billy stay with him rather than turn him over to child services. Billy agrees only if he can bring his rescued stray cats. Debbie wants nothing to do with her nephew, and she could care less that her mother is dead, probably murdered.

The police must deal with Hesmerra’s neighbor, Emmylou, who is now living in her car. She unearthed a metal box from underneath Hesmerra’s bed since Hesmerra told her anything of value would be there. Hiding the box which contains papers, some from Kraft Realty, Emmylou keeps looking for a place to stay and tries her friend Sammie’s house. Sammie is missing, and her home has been tossed and stinks to high heaven. The cats investigate the odor and make a shocking discovery in the crawl space under the home.

As I finished the book, I felt very content. All those plot lines came untangled and answers were found. Joe Grey, Dulcie, Kit, and their new friends have risked everything to help their humans. Their humans risked their lives to protect their community and their cats. Shirley Rousseau Murphy writes a magical story that is precious and full of every emotion. Susan Boyce narrates the tail with all the emotions expressed for our listening pleasure. Many of us read mysteries because they make the world right in the end, or at least better. That is exactly what Mrs. Murphy has done in Cat Telling Tales.

Cats that can talk and their people

One of my favorite genres is mysteries so I love the way Joe Grey, a confidential informant, helps the police of Molena Point, Ca bring various thieves, murderers, and scammers to justice. He communicates only by phone and even the chief of police doesn't know his identity but has learned to trust his tips. Joe, whose bloodlines reach back to ancient Ireland, is one of a small collection of talking cats who have come together in the coastal town. In this book of the series the central mystery is to find who poisoned and then burned the shack of an old woman, leaving her young grandson homeless. I enjoyed all the twists and turns of the plot and look forward to reading the next book to find out what happens next to all the characters especially the 12 year old grandson and the newly arrived talking cat Pan.

first but not the last

What made the experience of listening to Cat Telling Tales the most enjoyable?

loved the characterization of the cats. Good sweet story.

will definitely listen to the rest of this author's books.

yes, the idea of a communicative cat is fun!

What other book might you compare Cat Telling Tales to and why?

Have you listened to any of Susan Boyce’s other performances before? How does this one compare?

yes, there is always a good turn of events in stories and they hold my attention.

I can do many chores with my hands/eyes and still listen to a very good mystery tale.