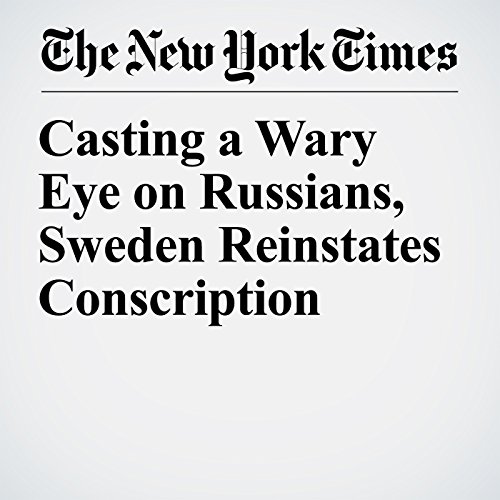 On Thursday, the government announced that mandatory military service — abolished in 2010 — would be introduced starting next year. Four thousand men and women will be drafted into the defense forces.

"Casting a Wary Eye on Russians, Sweden Reinstates Conscription" is from the March 02, 2017 World section of The New York Times. It was written by Martin Selsoe Sorensen and narrated by Kristi Burns.