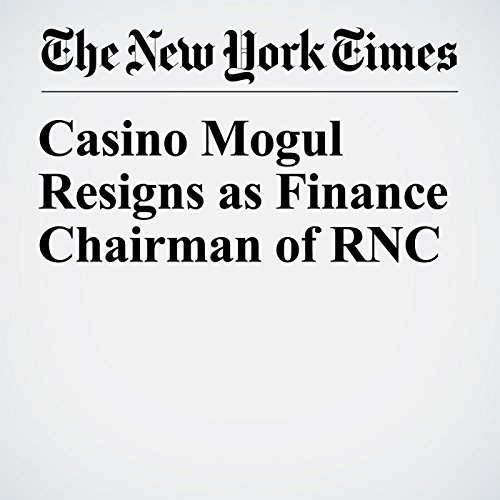 Stephen Wynn, the billionaire casino mogul and prominent political donor, has stepped down as finance chairman of the Republican National Committee. He left the post, for which he had been hand-picked by President Donald Trump, after being accused of a yearslong pattern of sexual misconduct with his casino employees.

"Casino Mogul Resigns as Finance Chairman of RNC" is from the January 27, 2018 U.S. section of The New York Times. It was written by Emily Cochrane and Kenneth P. Vogel and narrated by Kristi Burns.