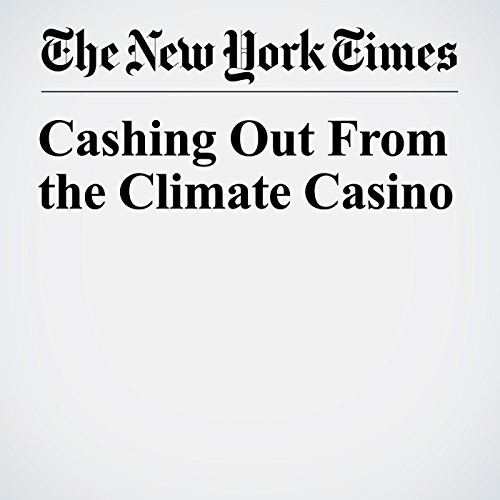 It’s hard to be optimistic about climate action, after a week in which federal scientists reported that “the Arctic shows no sign of returning” to the “reliably frozen region of recent past decades.” In a month when California’s wildfires show every sign of burning straight through Christmas. And at a time when the federal government keeps scrubbing basic climate information from its websites.

"Cashing Out From the Climate Casino" is from the December 17, 2017 Opinion section of The New York Times. It was written by Bill McKibben and narrated by Kristi Burns.