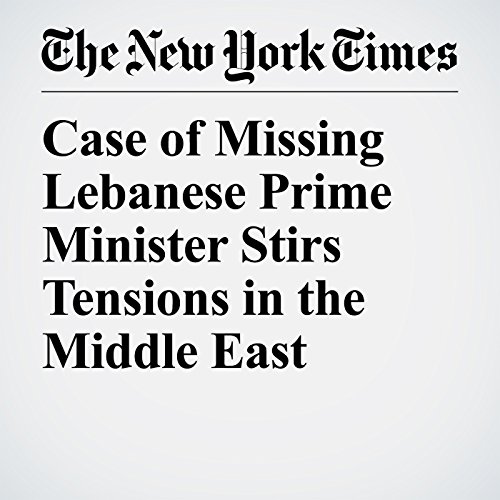 A week after Lebanese Prime Minister Saad Hariri flew to Saudi Arabia and announced his resignation, what seemed at first like a bizarre domestic political dispute is escalating tensions in the Middle East and threatening to become a flashpoint in the struggle for power there. On Friday, Hariri remained stranded in Saudi Arabia. The Iranian-backed militia Hezbollah said the Saudis were holding him against his will, while the Saudis have said there was a plot to assassinate him.

"Case of Missing Lebanese Prime Minister Stirs Tensions in the Middle East" is from the November 10, 2017 World section of The New York Times. It was written by Anne Barnard and narrated by Mike DelGaudio.