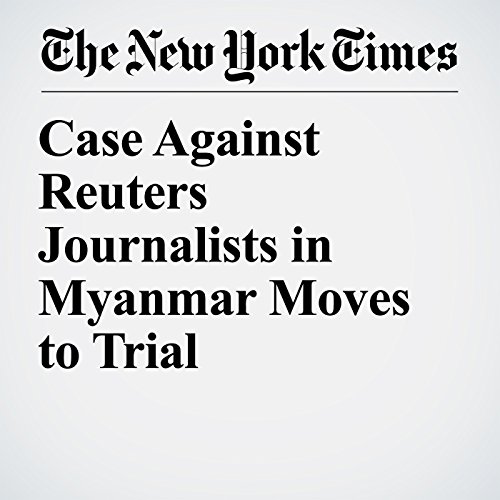 A judge in Myanmar ruled Monday that two jailed Reuters reporters would face trial, a decision widely seen as a setback for free speech in a country led by one-time democracy icon Aung San Suu Kyi.

"Case Against Reuters Journalists in Myanmar Moves to Trial" is from the July 09, 2018 World section of The New York Times. It was written by Mike Ives and narrated by Kristi Burns.