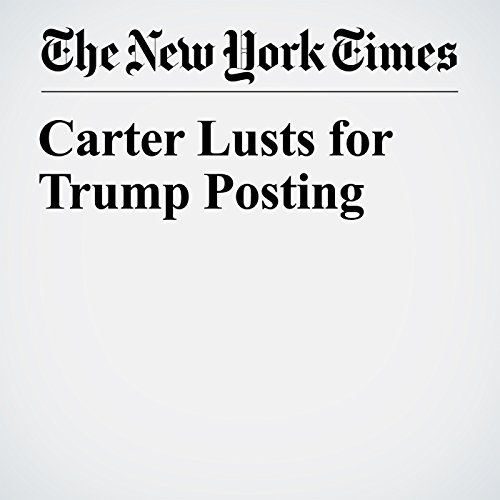 Most people would run away screaming at the thought of working for a boss who humiliates subordinates in public, throttles them in private, demands constant flattery, spends all day watching cable TV and behaves in a wildly unpredictable way. And yet, there is someone who is eager to work for President Donald Trump.

"Carter Lusts for Trump Posting" is from the October 21, 2017 Opinion section of The New York Times. It was written by Maureen Dowd and narrated by Keith Sellon-Wright.