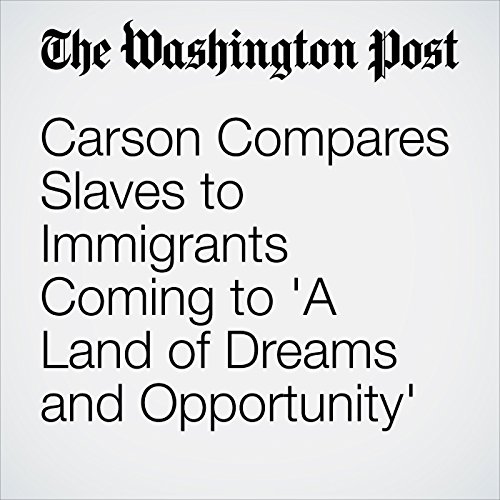 In what appears to be an embarrassing pattern of missteps on race for the Trump administration, Carson told a room packed with hundreds of federal workers that the Africans captured, sold and transported to America against their will had the same hopes and dreams as early immigrants.

"Carson Compares Slaves to Immigrants Coming to 'A Land of Dreams and Opportunity'" is from the March 06, 2017 Politics section of The Washington Post. It was written by Tracy Jan and Jose A. DelReal and narrated by Jenny Hoops.