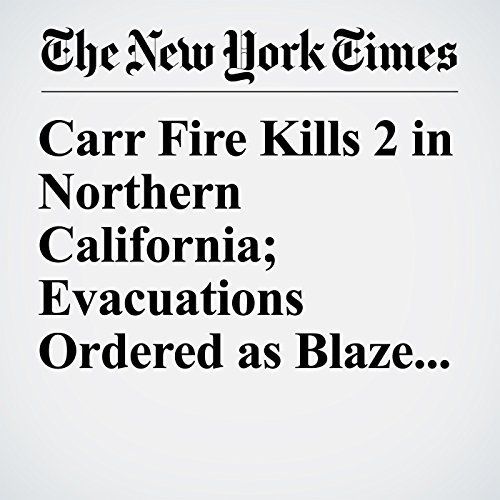 "Carr Fire Kills 2 in Northern California; Evacuations Ordered as Blaze Expands" is from the July 27, 2018 U.S. section of The New York Times. It was written by Matthew Haag and Austin Ramzy and narrated by Mike DelGaudio.