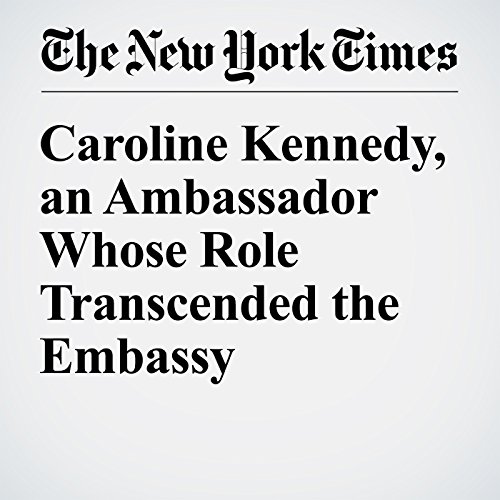 Dozens of American envoys will leave office next week, but few of them are as prominent as Kennedy, the daughter of President John F. Kennedy. Over the last three years, she helped manage relations with one of America’s most important allies, but her status as the first woman to hold the post may have been just as consequential for traditionally male-dominated Japan.

"Caroline Kennedy, an Ambassador Whose Role Transcended the Embassy" is from the January 11, 2017 World section of The New York Times. It was written by Motoko Rich and narrated by Caroline Miller.