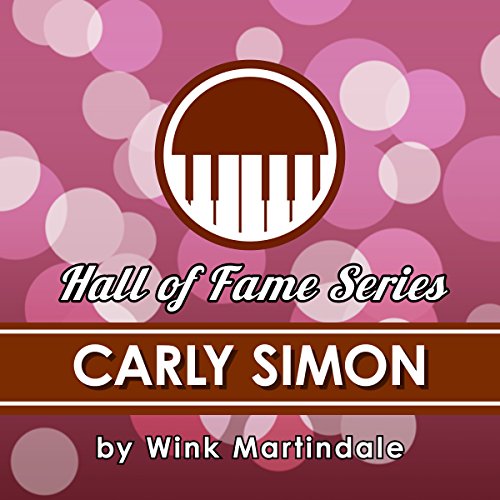 While some would contend that Carly Simon's wealthy background gave her a leg up, her talent and skill as a musician make it clear that she earned every bit of her current and future success on her own. Her first break came while she was on vacation. She and her sister, Lucy, took a trip to Cape Cod and tried to get a job performing in a summer resort. As luck would have it, the previous performer had left, so they started singing there with a repertoire of three songs. The duo continued to perform before eventually disbanding, and Carly began performing as a solo artist. In June of 1971, she sat down with Wink Martindale for a detailed conversation about her life, career, and passion for music.

She sounds angry and defensive during much of this interview. She's sarcastic and bitter when asked about her wealthy upbringing. She denies it and then later in the interview talks about her private schooling and Sara Lawrence. Seems her mother had a lot of money but Carly didn't???? Just admit it. You grew up wealthy but so what? You're still extremely talented. Nobody is taking that fact away regardless of family fortune. The Robinsons stayed at your house, too. Can't imagine they'd stay with Joe Blow on 2nd Avenue.

Not sure when this interview was taped but it's quite old because she's talking about "if I have a daughter someday and she's 14." She doesn't speak of being married either. Didn't learn anything new.