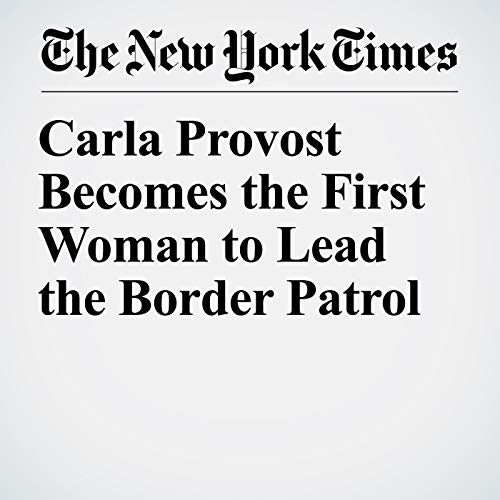 Carla Provost, who has been serving as acting chief of the Border Patrol, will take over as leader of the agency on a permanent basis, Customs and Border Protection announced Thursday.

"Carla Provost Becomes the First Woman to Lead the Border Patrol" is from the August 09, 2018 US section of The New York Times. It was written by Ron Nixon and narrated by Keith Sellon-Wright.