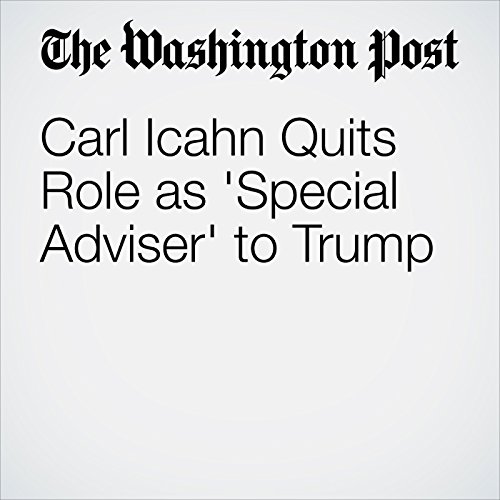 Carl Icahn relinquished his role as “special adviser” to President Trump on regulatory reform on Friday afternoon, capping a tumultuous week for the president’s circle of business counselors.

" Carl Icahn Quits Role as 'Special Adviser' to Trump" is from the August 18, 2017 Business section of The Washington Post. It was written by  Steven Mufson and narrated by Sam Scholl.