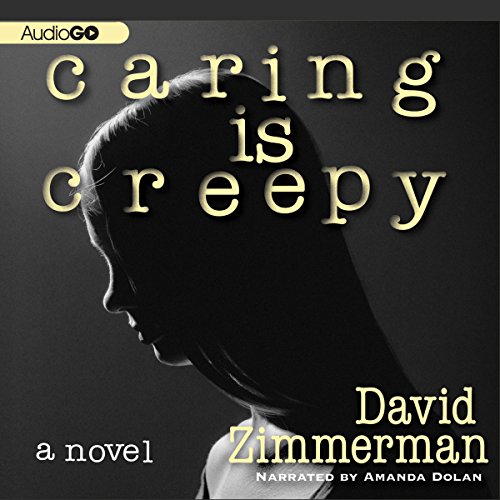 Fifteen-year-old Lynn Marie Sugrue is doing her best to make it through a difficult summer. Her mother works long hours as a nurse, and Lynn suspects that her mother's pill-popping boyfriend has enlisted her in his petty criminal enterprises. Lynn finds refuge in online flirtations, eventually meeting up with a troubled young soldier, Logan Loy, and inviting him home.

When he's forced to stay over in a storage space accessible through her closet, and the Army subsequently lists him as AWOL, she realizes that he's the one thing in her life that she can control. Meanwhile, her mother's boyfriend is on the receiving end of a series of increasingly violent threats, which places Lynn squarely in the cross-hairs.

IF THIS WAS ONE I WOULD WANT TO GET INTO. BASED ON THE REVIEWS I READ

ON GOOREADS AND THE PUBLISHERS SUMMARY, I THOUGHT THIS WAS

GOING TO BE ONE OF THOSE HORROR STORIES PARENTS HAVE NIGHTMARES

ABOUT.ITS ABOUT A 15-YEAR OLD GIRL THAT MEET A 25-YEAR OLD SOLDIER IN A

CHAT ROOM. NEXT THING YOU KNOW THEY MEET; SHE HIDES HIM IN HER ATIC, HE

MENTAL STABILITY. SOME HOW THE LITTLE GIRL STARTS TO KEEP HIM AGAINST

HIS WILL. WHILE ALL THAT IS GOING ON THE MOM IS DATING A PRETTY SHADY

GUY THAT IS INVOLVED WITH DRUG DEALERS. AND TO MY SURPRISE THE WHOLE

SITUATION WASN’T AS BAD AS I THOUGHT IT WOULD BE. I EXPECTED WORSE.

DAVID ZIMMERMAN DID AN AMAZING JOB ON THIS BOOK. THE STORY FLOWS

FROM CHAPTER TO CHAPTER WITH EASE. THE CHARACTERS ARE AMAZING AND

THE ONLY DOWN FALL I HAD WITH THIS BOOK IS THE NARRATOR. I PERSONALLY

FEEL SHE COULD HAVE READ FASTER BUT AT WAS AN EASY FIX. I GIVE THIS

BOOK 5 stars. AND I WILL BE LISTENING TO IT AGAIN.

Probably. I think it's an interesting book. There are some really intriguing and exciting parts...it's a worthwhile read.

What does Amanda Dolan bring to the story that you wouldn’t experience if you just read the book?

I enjoyed Amanda Dolan's narration. She did a really good job of embodying all the characters.

Was Caring Is Creepy worth the listening time?

Yes, definitely. I think I would describe it more as a Young Adult novel...so I would caution listeners/readers to go into the book with that in mind. There is a little bit of savvy missing in the writing, and I think with all the new novels out now with this type of story (Gone Girl, Dare Me), I have a little higher expectation.

That being said, the graphic parts of this novel are very graphic...and they definitely won't forget them anytime soon.

This book was a nice surprise!

I was expecting Caring is Creepy to be rather lightweight. Ok... it's not heavyweight, but it was certainly a nice surprise.
Well written, good characters and a story that kept you glued to the book... or rather the earphones.
There were a few inconsistencies, but not enough to seriously detract.
Also, I loved the narration. Took me a little bit to get into her rendering, but she really brought the characters to life and I loved how she differentiated so well between them.