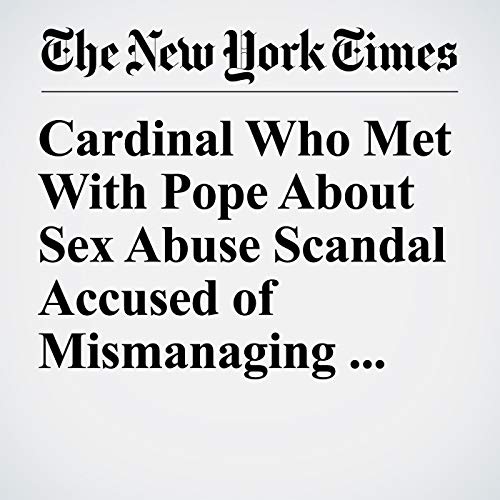 A leading American cardinal who met with Pope Francis on Thursday to discuss the sex abuse crisis that has engulfed the Roman Catholic Church is facing criticism over his management of a priest who was arrested this week on charges of indecency with children.

"Cardinal Who Met With Pope About Sex Abuse Scandal Accused of Mismanaging Priest" is from the September 14, 2018 World section of The New York Times. It was written by Matt Stevens and narrated by Barbara Benjamin-Creel.