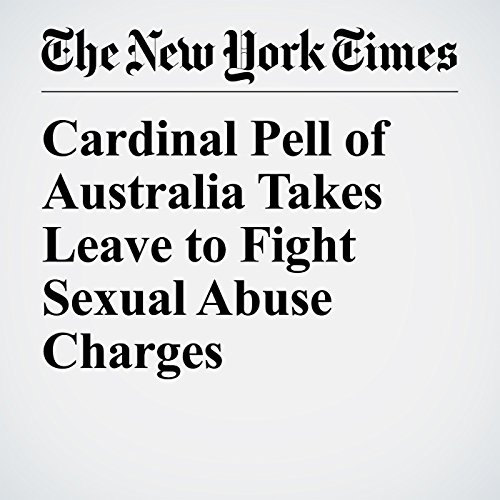 In an extraordinary statement, the Holy See announced Thursday morning that Pope Francis had granted a leave of absence to Cardinal George Pell of Australia, a top Vatican official, adviser to the pontiff and as of this week the highest-ranking Roman Catholic prelate to be formally charged with sexual assault, so that he could return to Australia to defend himself.

"Cardinal Pell of Australia Takes Leave to Fight Sexual Abuse Charges" is from the June 29, 2017 World section of The New York Times. It was written by Jason Horowitz and narrated by Keith Sellon-Wright.