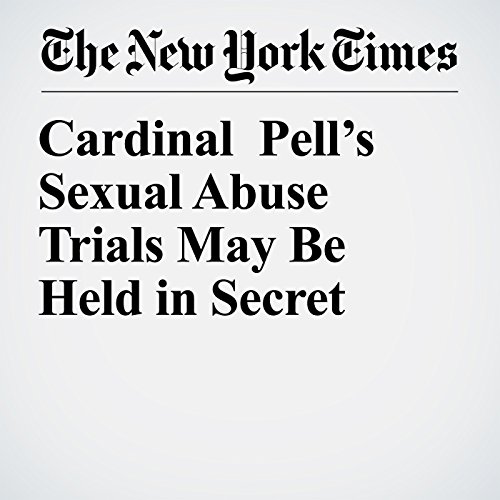 SYDNEY — An Australian court is to decide Wednesday whether two planned trials for Cardinal George Pell, the senior Vatican official accused of sexual abuse, will be conducted in secret with the public barred from knowing what took place until the proceedings are over.

"Cardinal Pell’s Sexual Abuse Trials May Be Held in Secret" is from the May 14, 2018 World section of The New York Times. It was written by Damien Cave and narrated by Kristi Burns.