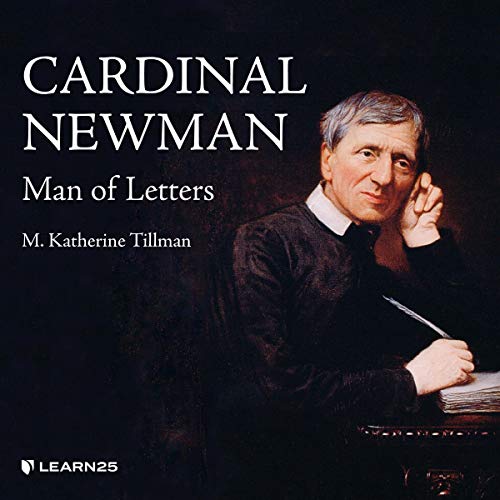 You are invited to meet one of modern Catholicism’s greatest minds and writers.

On October 13, 2019, Pope Francis canonized John Henry Newman, a 19th-century English cardinal, whose influence on the Catholic doctrine and education is still felt today. Grounded in classical learning, Newman’s written works reveal one of the greatest Christian thinkers: a “true man of letters”.

In Cardinal Newman: Man of Letters, you will discover his multifaceted written works. Prof. Mary Katherine Tillman, a leading expert on Newman and a professor at the University of Notre Dame, guides you through his letters, sermons, novels, poems, tracts, treatises, and other texts. Through her erudite lectures, you will gain profound insight into his remarkable life.

If you have already encountered Newman, you will be surprised at how much more there is to learn; if you are unfamiliar with him, you will be introduced into his engaging story. This 12-lecture series is perfect for those who want to learn about Newman from a true expert or who want to know more about Christianity as viewed through the prism of a saintly life.

Under Prof. Tillman’s guidance, you will delve into the powerful and ever-relevant topics Newman tackled: the relationship between faith and reason, freedom of conscience, the role of the laity, and the true nature of a liberal arts education.

Take advantage of her lifelong engagement with Newman’s work today.

For those enthralled with the life and works of John Henry Newman, this is a very interesting course of study. It filled out some areas in his life that I wasn’t familiar with and breathed the life of the real Newman into his many writings.