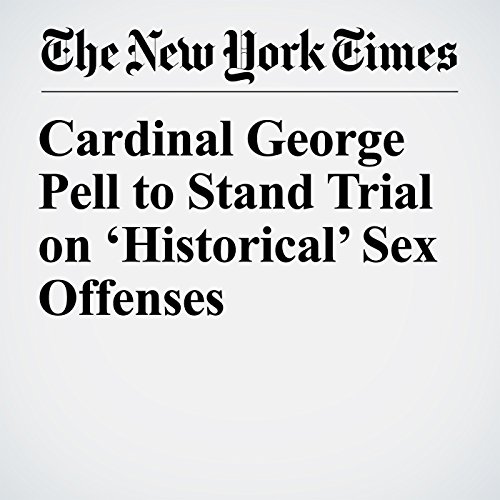 MELBOURNE, Australia — Cardinal George Pell, the Vatican’s third-highest-ranking official, must stand trial on several charges of sexual abuse, an Australian court ruled Tuesday, promising to prolong a case that has already dragged on for months and which many see as a moment of reckoning for a church racked by scandal.

"Cardinal George Pell to Stand Trial on ‘Historical’ Sex Offenses" is from the May 01, 2018 World section of The New York Times. It was written by Adam Baidawi and narrated by Keith Sellon-Wright.