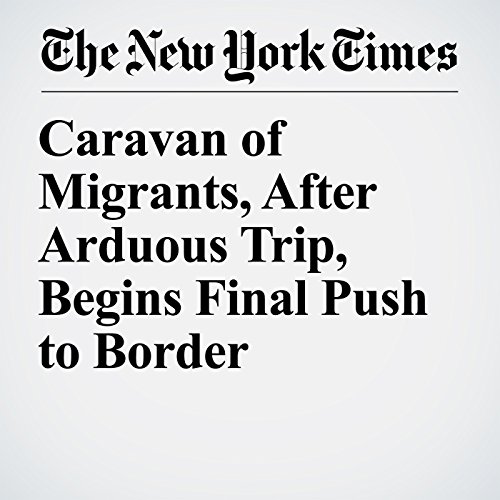 TIJUANA, Mexico — Hundreds of migrants who have traveled en masse through Mexico in the hope of getting safe passage into the United States, drawing a furious response from President Donald Trump, began the final leg of their journey early Sunday.

"Caravan of Migrants, After Arduous Trip, Begins Final Push to Border" is from the April 29, 2018 World section of The New York Times. It was written by Kirk Semple and narrated by Kristi Burns.