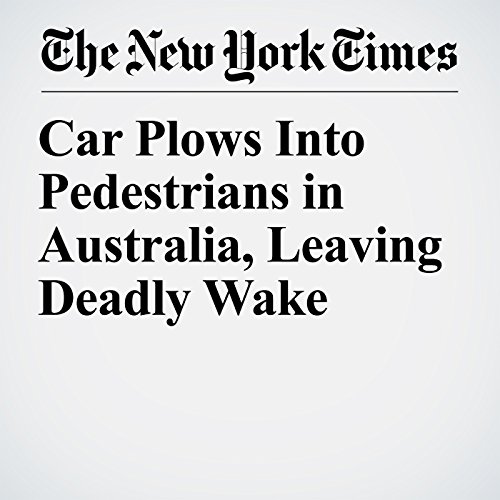 A man who was fleeing the police after allegedly stabbing his brother ran down a group of people with his car in a busy pedestrian mall in Melbourne, Australia, on Friday, killing three and injuring at least 15 others before he was shot and taken into custody, the authorities said.

"Car Plows Into Pedestrians in Australia, Leaving Deadly Wake" is from the January 20, 2017 World section of The New York Times. It was written by Michelle Innis and Gerry Mullany and narrated by Barbara Benjamin-Creel.