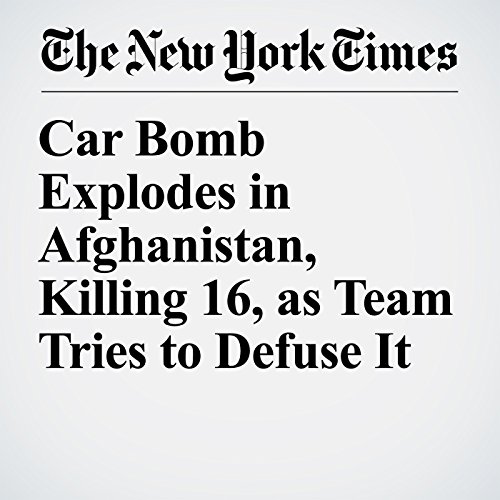 KANDAHAR, Afghanistan — At least 16 people, including security personnel and bystanders, were killed on Tuesday as bomb disposal experts tried and failed to defuse explosives in a parked car in the southern city of Kandahar, Afghan officials said.

"Car Bomb Explodes in Afghanistan, Killing 16, as Team Tries to Defuse It" is from the May 22, 2018 World section of The New York Times. It was written by Taimoor Shah and Fahim Abed and narrated by Kristi Burns.