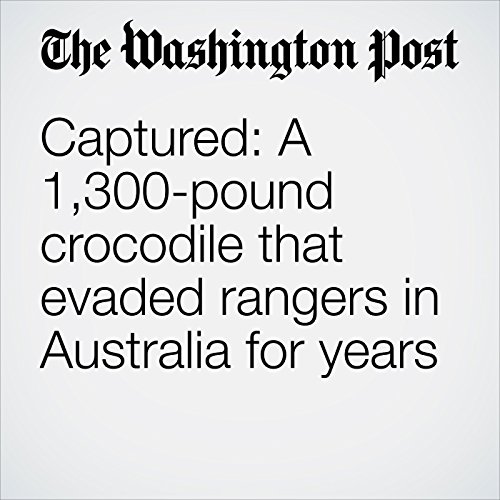 Following a nearly decade-long hunt, a massive saltwater crocodile has been captured in northern Australia, according to wildlife authorities.

"Captured: A 1,300-pound crocodile that evaded rangers in Australia for years" is from the July 10, 2018 World section of The Washington Post. It was written by Lindsey Bever and narrated by Sam Scholl.